Do the most ambiguous, most complex, longest timeline, or riskiest task first to get early feedback, early momentum, and to inform later processes. 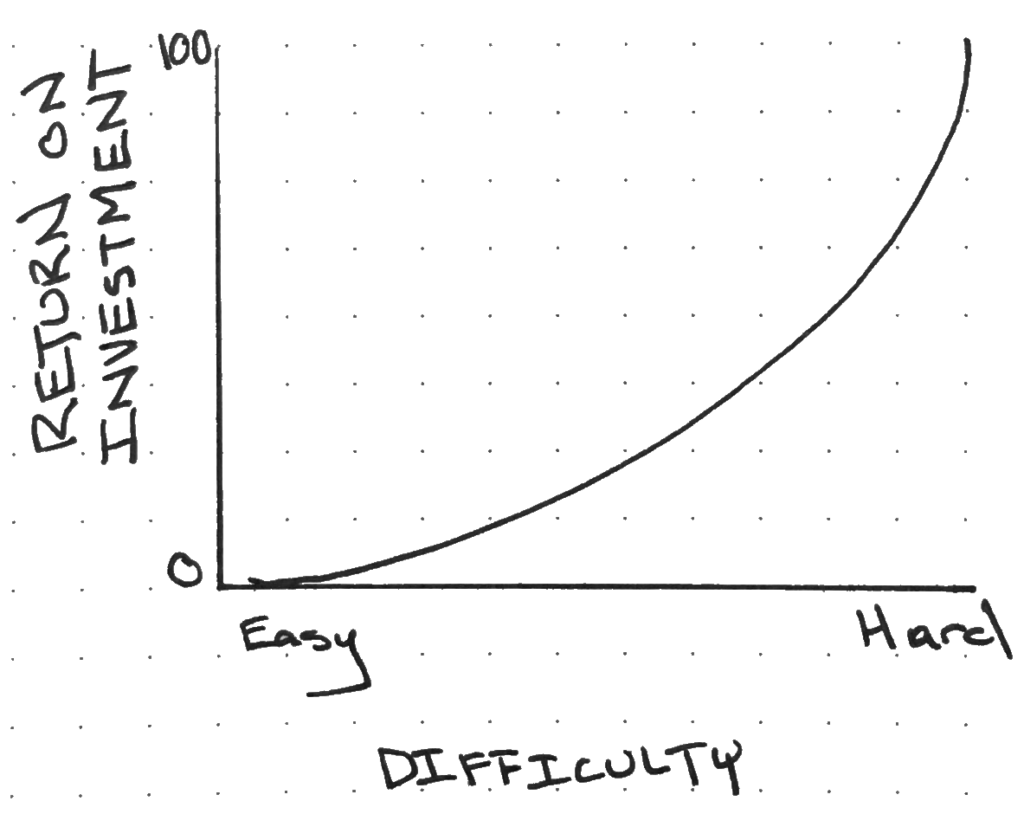 It is a common human tendency to avoid difficult tasks, but this tendency must be overcome if you want higher level results. This principle is relevant when working on a problem that hasn’t been solved previously, and also when the design of peripheral components is dependent on the complex core components. In a nuclear reactor, for example, it would be stupid to design the walkways (easy) before the reactor core (hard). What happens when the reactor needs to be 5 ft larger? Then walkways need to be redesigned, which is wasteful rework.

Budget and schedule risks are always a concern on large projects, but some of those risks can be mitigated or minimized if the difficult tasks are placed first. How are they minimized? If a long-lead part is scrapped at the beginning there is time to react and order another one, but if it’s scrapped near the end the results could be utterly devastating. Additionally, if an obstacle is encountered that requires outside help, there will be time for you to work on other, lesser important things in the meantime – essentially giving you greater flexibility with your time.

Finally, there are lessons and experiences earned in the arena of difficulty that cannot be earned otherwise. We think doing five easy things is equal to doing one hard thing, but that’s flat out wrong. In fact, doing five easy things often results in zero yield, while doing the one very hard thing results in exponential returns far beyond even the solution of the single task. The moon landing yielded dozens of new technologies that positively affected industries far removed from aerospace.

References and Practical Tools for this Engineering Principle: